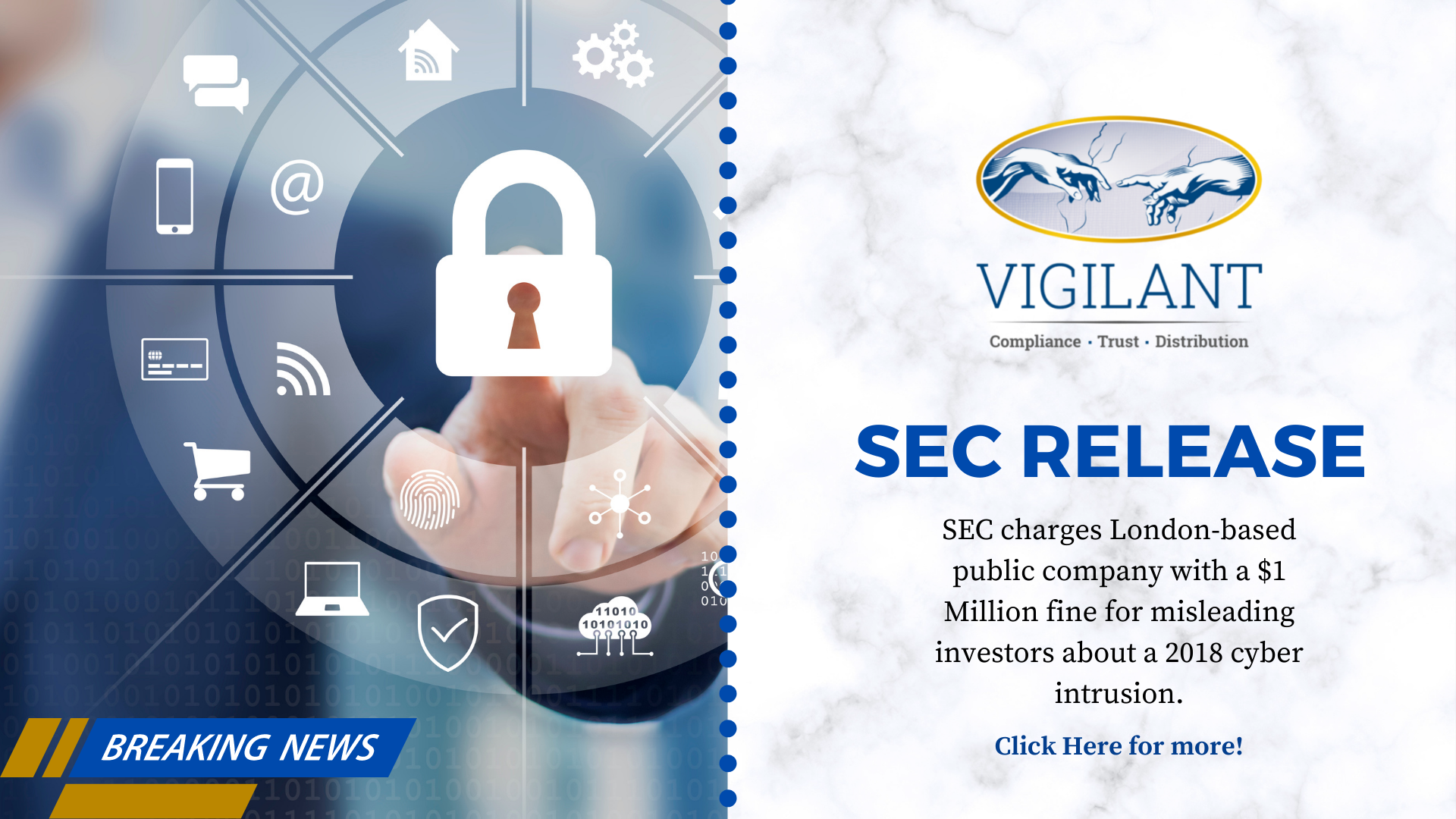 On August 16th, 2021, the SEC announced that they charged a London-based public company with a $1 Million fine for misleading investors about a 2018 cyber intrusion.

The 2018 cyber intrusion involved the following:

It is important to remember the 2018 cyber intrusion because the company began to make misleading statements in 2019.

Those misleading statements were the following:

It is important to note that the Chief of the SEC Enforcement Division’s Cyber Unit, Kristina Littman, stated that the order found the London-based public company failed to disclose the breach to investors until they were contacted by media. Nonetheless, they still did not fully disclose that breach, and they understated the entire incident while overstating their data protections. She also added that it is going to be very important for public companies moving forward to provide clear and precise information to investors about cyber occurrences.

This should serve as a warning to all companies to not only protect themselves against cyber occurrences, but to fully disclose information about cyberattacks if they occur. This is not the first instance where the SEC has issued fines for non-disclosures and is going to be something worth paying attention to moving forward.

To help be compliant with federal and state regulatory requirements, as well as cybersecurity enhancements, Vigilant can help with our cybersecurity solutions.